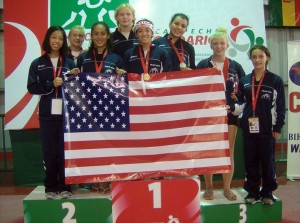 Doi had a 3-0 record in the tournament, the top U.S. performance of the day.

Flores had a 3-1 record and Ramirez finished with a 2-1 record.

Bringing home a bronze medal was Hanna Grisewood (Warsaw, NY), with a 2-1 record at 52 kg.

“I am very proud of this team,” said Coach Shannyn Gillespie. “This team was put together about two weeks ago at Junior Nationals with very little time to organize. We defied the odds and placed six of eight wrestlers in the top four and bonded very well as a team.”

The men’s tournament concludes on Sunday.